Unlike AMD’s product brief for the processor family, the Sapphire FS-FP5V motherboard does not provide 10Gb ethernet. Instead, it uses the Realtek RTL8111G Ethernet Controller to provide 1Gb ethernet.

What’s in the box

We received our FS-FP5V motherboard without a power adapter (12~19V DC OUT according to their instruction manual).

Ultimately, I decided to purchase the SilverStone VT02B Mini-STX case for our motherboard.

According to the user manual, the motherboard is set to automatically power on by default. The auto power jumper diagram was misleading, as the orientation of the pins did not correspond with the pin layout (jump JP6 to disable auto power on).

After installing the Windows 10 AMD chipset/GPU drivers, GPU-Z detected the GPU as: 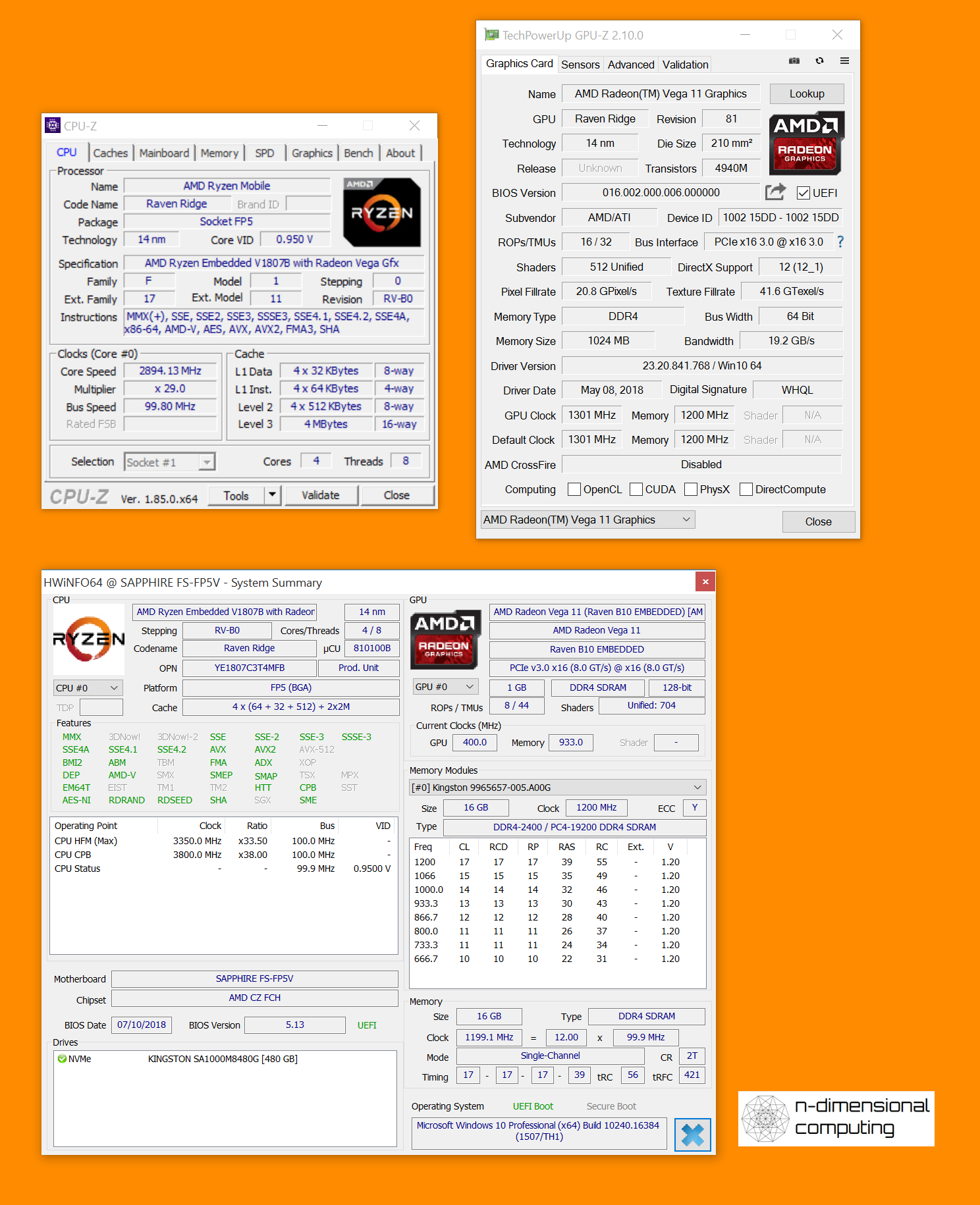 In addition, HWINFO64 detects ECC support in our Kingston 16GB ECC SODIMM. This was misleading as we confirmed ECC was not enabled by running the command:

returns ‘3’ (None) (from Microsoft Documentation).

This indicates that our unbuffered ECC memory is running in non-ECC mode.

The instruction manual and BIOS options does not mention ECC checking and according to the datasheet for the AMD Ryzen Embedded V1000 Processor family, ECC should be supported.

I suspect we need a new BIOS firmware update from Sapphire to enable ECC.